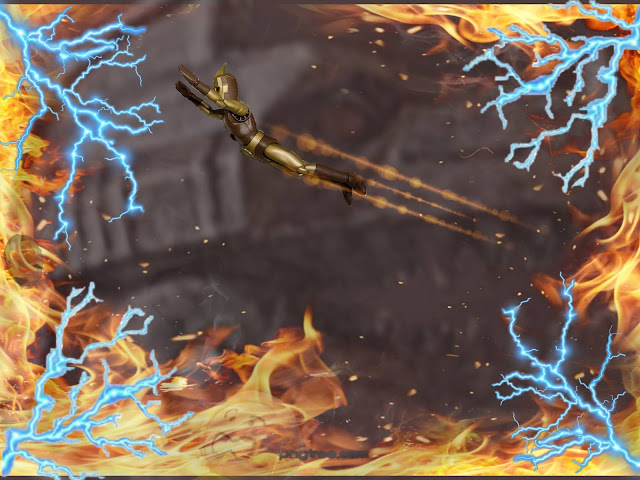 The military decides to build a real-life Mechagodzilla to protect the city in the event of an attack.
Post a Comment
Read more 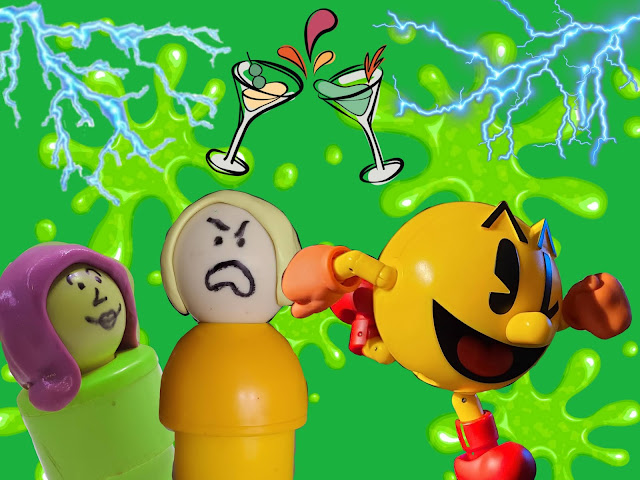 The Conjuring: The Devil Made Me Do It (will contain spoilers) 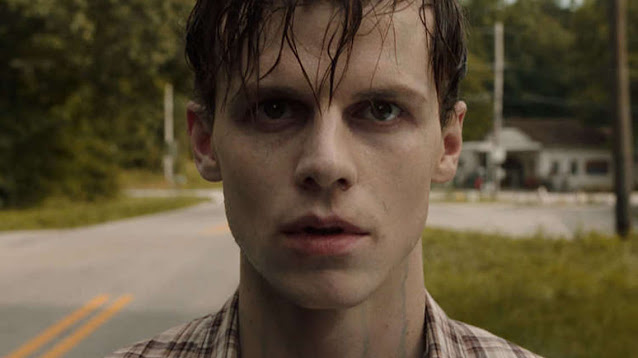 The third installment of the Conjuring franchise opened today in theatres and on HBO Max. I really enjoyed the first 2 films, however, I also knew that James Wan, who directed the previous entries, would not be back in the director's chair for this outing. Instead that job went to Michael Chaves, who gave us the lame, underwhelming Curse of La Llorona. Going into this film, my expectations were lowered, and rightfully so. While this film turned out slightly better than I was anticipating, it still was not as good as the far superior first two entries into the Conjuring trilogy. The film begins with Ed & Lorraine Warren performing an exorcism on a small boy named David Glatzel who's been possessed. This sequence was well done and strong, as the ritual goes horribly wrong when Ed suffers a heart attack and the demon enters a family member named Arne after he asks it to leave the boy alone and take him instead. Ed is rushed to the hospital and upon waking up, he asks Lorraine
Post a Comment
Read more 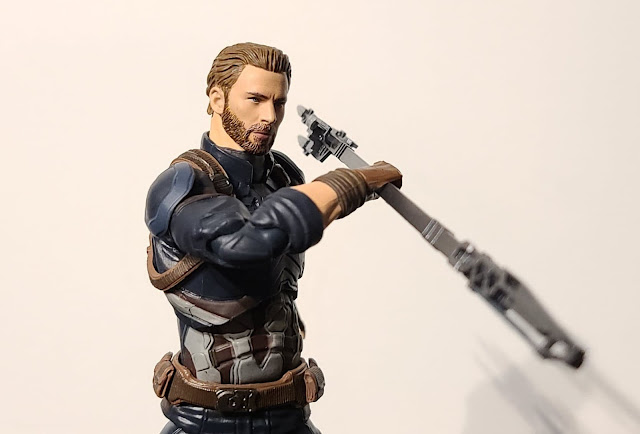 After multiple delays, Mafex finally released their Infinity War Captain America figure, which was announced a looooong time ago. This was the last of my May pre-orders, and he was delivered (via DHL) on Memorial Day, to my surprise. Now that I have him in hand, I can say the wait was worth it. Mafex did an awesome job. Cap comes loaded with lots of accessories, and completely blows the S.H. Figuarts version out of the water! Mafex included 2 head sculpts (regular and gritting teeth), 6 pairs of hands (fists, relaxed, open palm, pointing, shield holding and spear holding), 2 sets of Wakanda shields (closed and open), a Mafex stand, and 2 spears from the Black Order scene where he, Falcon and Black Widow appeared to help out Wanda and Vision. They gave us everything you can possibly want, which is awesome, considering the pathetic release that we got from Tamashii Nations that didn't even include his Wakanda shields. The head sculpts turned out surprisingly impressive. The serious f
Post a Comment
Read more 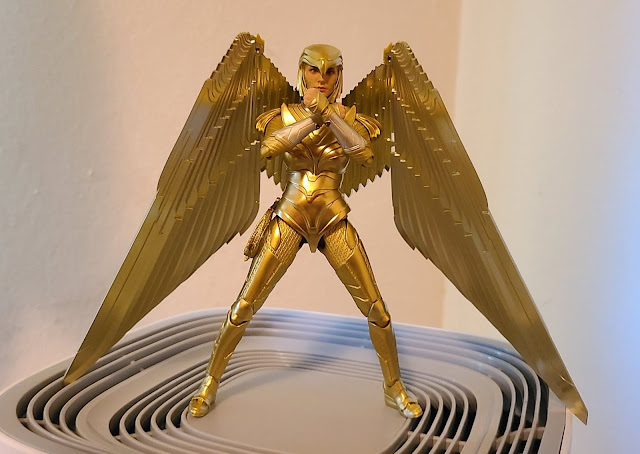 The Golden Armor suit that Wonder Woman wore during the climax of Wonder Woman 1984 has finally arrived in Figuarts form. I didn't care much for the film, but the previous regular figure of WW was good, so I pre-ordered this one, too (and the pre-orders were announced before the movie was released). But anyway, let's check her out. This figure comes with her wing attachments, which are a total of 5 different pieces (one that plugs into her back, a middle wing section and end wing section). You have the option of having her wings fully spread (this uses all 5 pieces, and includes 2 stands to help hold them up), or smaller (this only uses the middle sections that plugs into her back and the end sections of the wings). She also comes with her lasso that plugs into her side, an empty lasso holster that plugs into her side, 4 pairs of hands (fists, grasping, relaxed and open palm), 2 different heads (eagle helmet and un-helmeted), and a total of 4 extra hair pieces which are utilize
Post a Comment
Read more
More posts 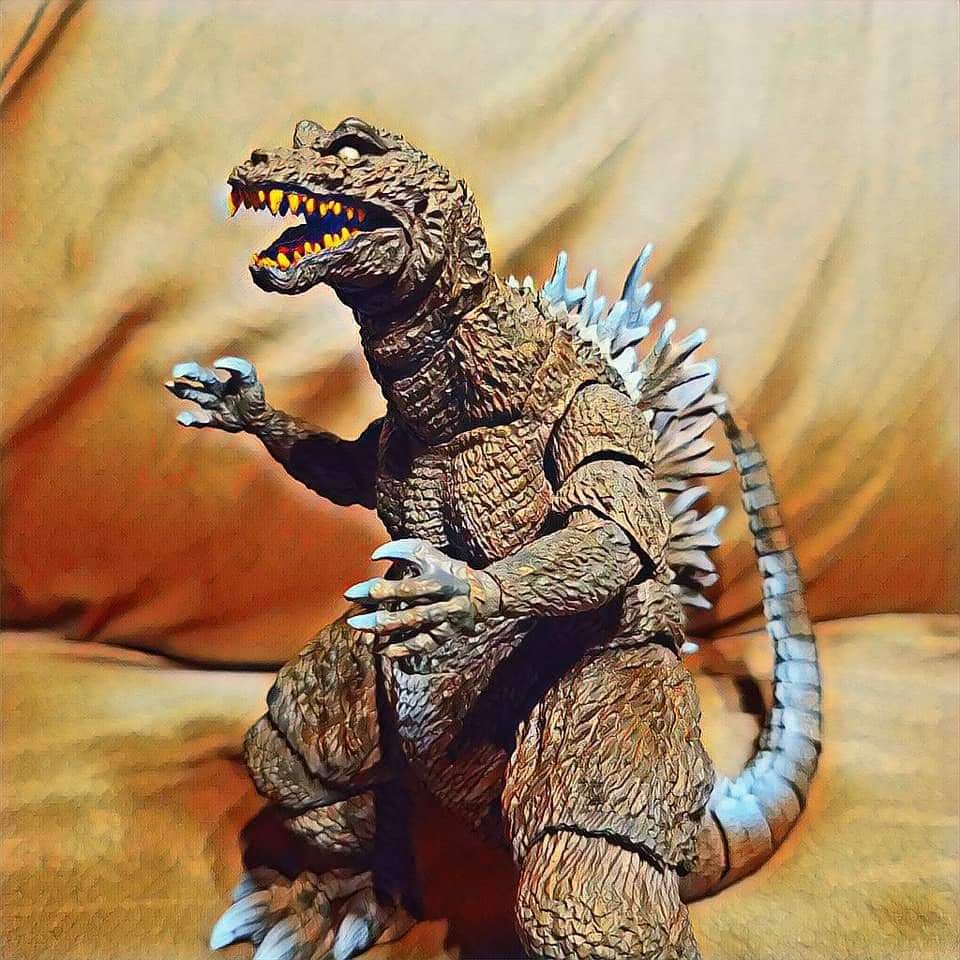